›The Contribution of Space Science to Astronomy 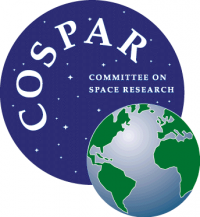 In the context of the International Year of Astronomy (IYA) COSPAR is organizing a symposium entitled "The Contribution of Space Science to Astronomy". Open to the general public, this symposium is co-organized by UNESCO. It is one of the closing events of the IYA and will be held on 14 and 15 January 2010 at UNESCO headquarters in Paris.

The IYA was launched by the International Astronomical Union (IAU) at UNESCO in Paris on 15 January 2009 with the theme "The Universe, Yours to Discover". The IYA marks the 400th anniversary of the first astronomical observations through a lens by Galileo Galilei. It is a global promotion of astronomy and its contributions to society and culture, with a strong emphasis on education, public engagement and the involvement of young people.

The IYA consists of events at national, regional and global levels throughout the whole of 2009 and early 2010. The IAU and UNESCO are co-organizers of the IYA, and the United Nations proclaimed 2009 as the International Year of Astronomy on 20 December 2007.