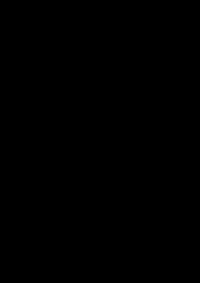 The centers of massive galaxies are special in many ways, not the least because all of them are believed to host supermassive black holes. Since the discovery of key relations linking the mass of the central dark object with the large scale properties of the dynamically hot galactic component, it has become clear that the growth of the central black hole is intimately connected to the evolution of its host galaxy. However, for lower mass galaxies, the situation is much less clear. These galaxies, spanning a large range of Hubble types, typically host nuclear clusters of a few 106- 107 solar masses: the presence of black holes and their relation to these nuclear clusters remains largely unknown.

Recent studies have shown that nuclear cluster masses are coupled to the mass of their host galaxy, following a relation similar as for supermassive black holes, suggesting both types of central massive objects (CMOs) are closely related. Although nuclear clusters are more than the low-mass analogs of supermassive black holes, all CMOs very probably share some basic ingredients in their formation processes.

The key scientific questions for this workshop are: