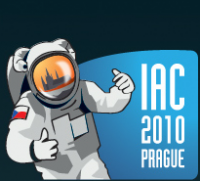 The International Astronautical Congress comes back into this geographical region of Central and Eastern Europe after a quarter of century. During that time, countries in this part of Europe went through dramatic period of their history. Political, economical and societal changes have essentially influenced all parts of life of their citizens. Activities in space have been no exception. After slowing down the volume of space activities during main transition phase, the Czech Republic has gradually developed new space infrastructure and became the 18th member of the European Space Agency in 2008.

It is believed that the IAC will help to increase general awareness about space related capacities and plans of countries in this part of Europe and, at the same time, it will motivate and stimulate activity of new space generation there.

We have chosen the focal theme of the Congress in Prague as “Space for Human benefit and exploration" .
On one side, this reflects the permanent importance of practical applications of space to everyday life forcing many new countries to form and develop own space programmes. On the other side, it pays attention to mankind’s next grand challenge – space exploration. The IAC at Prague’s Congress Centre will provide another opportunity for representatives from political, industrial and scientific sectors, together with members of the general public to shape the future direction of space exploration. As the ambitions of space nations are becoming apparent, the countries are focusing on how their own space exploration plans might integrate with global space endeavours and how might collaborate with other nations to develop a truly global space exploration strategy. We believe that space exploration can inspire nations to work together for a common purpose. Our goal is that the 61st IAC in Prague eminently promotes that vision.