›Yuris Night 2012 in The Netherlands 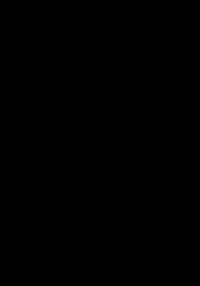 The countdown to April 13 begins, as we gear up for a party so brilliant it could be seen from space - that is, if everyone working in the space sector weren't already there.

This year's Yuri's Night kicks off at 10pm on Friday April the 13th. Forget the ominous date; you can count your lucky stars a party such as this one is just around the corner. The 12th annual celebration of the anniversary of the first man in space, Yuri Gagarin, is set to be another jam-packed, excitement-filled evening with some sparkling costumes and a line up that's out of this world.

Ten euros a ticket is all you need to get in and fall down the black rabbit hole. By the end of the night you may be seeing stars. Space workers and space lovers alike are welcome to join and rejoice in mankind's greatest achievement.

On April 12, 1961, Yuri Gagarin was launched on a 108-minute flight around the Earth, a mission that marked the beginning of human space exploration of space. This pioneering effort is honoured every year with an event celebrated worldwide: Yuri’s Night.

In 2011, the 50th anniversary of this historic achievement, more than 542 Yuri’s Night parties were held in over 74 countries. In Holland around 400 space professionals gathered in Space Expo to laugh, dance and commemorate five decades of human spaceflight.

This year Leiden's LVC is opening its doors to all of you space enthusiasts! We can't reveal too much yet, but it promises to be a special evening...

More information on the exact programme will follow shortly. Keep checking back!