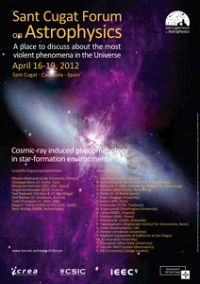 During the last few years, we witnessed how the newest facilities observing gamma-rays of high (>100 MeV) and very-high energy (>100 GeV), among them, the GeV-satellites Fermi and AGILE and the ground-based TeV telescopes MAGIC, VERITAS and HESS, established interesting facts concerning cosmic-ray induced phenomenology in stellar environments. Indeed, observations of closer, normal galaxies like the LMC, have revealed an inner structure that allow comparing with the position, and studying the influence, of star forming regions directly. The first detections ever of starbursts galaxies in gamma-rays were achieved both in GeV and TeV bands, likely to be followed by population analysis of these and other infrared luminous galaxies, both with current and future more-sensitive instruments. Then, discussions of the relationship between central AGNs and starbursts as origins of the high-energy emission are starting to be possible, as well as a more detailed analysis of the cosmic-ray environments in galaxies other than our own.

The relationship between cosmic-ray acceleration in shells and their interaction in nearby molecular clouds can at last be studied observationally with an increasing degree of precision, shedding light on the diffusion properties of cosmic-rays in different Galactic environments. Additionally to this traditional astroparticle focus for understanding the propagation of the highest energy CRs, molecular abundance ratios could turn out to be a new way to trace the presence of cosmic rays and to infer their fluxes, given that observed abundance enhancements could be due to ionization by X-rays and/or interactions of low-energy CRs with gas and dust. Finally, the fluorescent Fe Kα line at 6.4 keV is also detected from molecular clouds in the Galactic center region and can be accounted for in terms of the impact of low-energy CRs with neutral gas in the clouds.

The aim of this Workshop is to address the current knowledge and challenges on the high-energy emission from stellar environments at all scales; providing a sound review of the state of the field from the observational to the theoretical perspectives. The meeting will also analyze the prospects for possible observations with planned instruments across the multi-wavelength spectrum and how will they impact on our theoretical understanding of these systems.

The meeting will be organized in a compact three-days format (Tuesday to Thursday), with a welcoming on Monday evening, and a workshop dinner on Wednesday. Friday is free for those who would like to enjoy the touristic and cultural richness of the Barcelona area.

The topics that will be discussed in this meeting will include