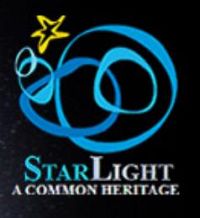 The conference will be the third in a series, following meetings in La Palma in April 2007 and on Fuerteventura in March 2009. It will address themes concerning

We will also discuss the concept, implementation and benefits of Starlight Reserves as a means of protecting the night sky, and the progress towards such reserves made in the document entitled “Heritage sites of astronomy and archaeoastronomy in the context of the UNESCO World Heritage Convention: a Thematic Study”,
which was produced under the aegis of the IAU (International Astronomical Union) and ICOMOS (International Council on Monuments and Sites), with Clive Ruggles and Michel Cotte as editors. The Thematic Study was presented to the World Heritage Convention in Brasilia in July 2010

In addition, several radio astronomers have pointed out that the issues of radio-frequency interference have much in common with issues of light pollution. We will therefore expand the topics under discussion to RFI and the development of radio-astronomy in New Zealand, especially the selection of radio-quiet sites. This is topical as New Zealand may participate with Australia in the Square Kilometre Array (SKA) radio-astronomy project.

Earlier Starlight meetings were held at La Palma in April 2007 and in Fuerteventura (both in the Canary Islands) in March 2009. The New Zealand meeting will continue the progress made at these earlier meetings.