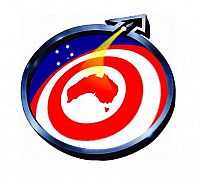 Mars Society Australia is pleased to announce that the 12th Australian Mars Exploration Conference (AMEC2012) will be held this year in Canberra over the weekend of Friday 14th September to Sunday 16th September.

The conference aims to expand the breadth and depth of scientific, technological and cultural development in support of the human exploration of Mars. To this end, in addition to scientists and technologists, I extend our invitation to the social experts, managers, writers and artists who will be instrumental in forging such a culture.

Since 2001, the AMEC conferences have been an international forum for Mars exploration. Past AMEC guests have included speakers such as Apollo 17 geologist Dr. Harrison Schmidt, space simulation expert Dr. Vadim Gushin of the Moscow Institute of Biomedical Problems and Dr. Steven Squires, Principle Investigator of NASA's Mars Exploration Rover team. AMEC conferences are run by the Mars Society Australia, an incorporated, non-profit research body that does practical research in support of an eventual human mission to Mars.