›How Galaxies were Cooked from the Primordial Soup 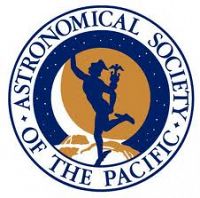 Early in February, astronomer Sandra Faber of the University of California at Santa Cruz is accepting the National Medal of Science from President Obama.  The next week, on Wednesday, Feb. 6th, 2013, at 7 pm, she will give a free, illustrated, non-technical talk on:

How Galaxies were Cooked from the Primordial Soup

as part of the Silicon Valley Astronomy Lectures, in the Smithwick Theater, Foothill College, El Monte Road and Freeway 280, in Los Altos Hills, California 94022. Parking on campus costs $3.  Call the series hot-line at 650-949-7888 for more information and driving directions.

One of the great mysteries of the night sky is why it's mostly dark, only punctuated by pinpoints of light in the form of stars and galaxies.  The lumpiness of today's universe is a fundamental characteristic that took billions of years to grow.  Dr. Faber will review the prevailing "Cold Dark Matter" theory for galaxy formation and compare its predictions to present-day observations.  It's a remarkable saga involving invisible dark energy and matter, the properties of the Universe an instant after it was born, cosmic expansion faster than light, and the creation of structure from quantum fluctuations.  What's more, she will show that we probably understand this cosmic history better than we understand the origin of our own DNA!

Sandra Faber is Interim Director of the University of California Observatories and University Professor at UC Santa Cruz.  She was one of three astronomers who diagnosed the flaw in the mirror of the Hubble Space Telescope and played a major role in its repair.  She established the scientific case for the giant Keck Telescopes, now operating in Hawaii and has helped develop instruments for them to probe the early universe.  Her primary research interests include the formation and distribution of galaxies and "cosmology" -- the study of the properties of the entire universe.  Dr. Faber was one of the creators of the "Cold Dark Matter" theory for how the cosmos developed its present-day structure. Among her awards are the Russell Prize of the American Astronomical Society and the Bruce Medal of the Astronomical Society of the Pacific, each given for a lifetime of distinguished contributions to astronomy.

The lecture is co-sponsored by: