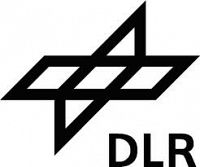 The International Conference on Spacecraft Formation Flying Missions and Technologies (SFFMT) follows a tradition of organization by national and international space agencies. The conference started in Toulouse (France, 2002), and was later organized in Washington DC (USA, 2004), Noordwijk (The Netherlands, 2008), and St-Huber (Quebec, 2011). In addition to the previous organizing institutions, namely CNES, NASA, ESA and CSA, today the program committee comprises representatives from many world space agencies.

The conference focuses on technologies and systems for spacecraft formation-flying and on-orbit-servicing, and offers the opportunity to discuss ideas and share experiences with participants from all over the world. The conference is intended as a forum for global experts and will act as a showcase for the most recent achievements in the area of distributed space systems. Particular attention will be given to actual national and international space projects, in an attempt to outline the activities which are paving the way for the transition of these breakthrough technologies into operational missions.

On 29-31 May 2013, the 5th SFFMT will be held in the Hilton Munich City Hotel in Bavaria, Germany. The conference is organized by the German Space Operations Center of DLR in collaboration with NASA/JPL (USA) and CSA (Canada). All information on this event, including the call for papers and the registration opening, will be posted on this website as it becomes available. On behalf of the conference committee and those who are sponsoring and supporting this international gathering, we extend a warm invitation for you to join us in Munich, Germany in May 2013.