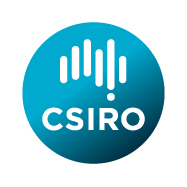 Astroinformatics is an exciting new discipline that has emerged at the intersection of astronomy/astrophysics and applied computer science and engineering, arising from the need to address the challenges and opportunities of exponential growth of data volumes, rates, and complexity from next-generation telescopes. Astroinformatics is e-Science astronomy, making the transition to a data-driven, computationally enabled science in the 21st century.

Turning the vast volumes of data from the new major telescopes (such as the Australian Square Kilometre Array Pathfinder, ASKAP, or MeerKAT, South Africa's SKA pathfinder project) into scientific knowledge is difficult. Traditional techniques don't scale up to the petabytes of data that will be produced, and delivering science from these telescopes will require astronomers to use the eScience techniques now under development. ASKAP and MeerKAT will both cross into a vast new area of untouched parameter space in radio astronomy, almost certainly encountering unexpected new astronomical phenomena that we cannot predict. In order to discover these phenomena we need to use advanced machine-learning and data-mining techniques, such as those this conference is aimed at developing, exploring and refining.

Each of the three preceeding international Astroinformatics conferences have built up a track record of discussing and testing innovative ideas, and building collaborations. These collaborations have formed between not just astronomical institutions, but also between astronomy and other disciplines, and with other commerical partners, to everyone's benefit. This years Astroinformatics conference will focus on the emerging science area of e-Science in astronomy, and will include invited talks, panel discussions, breakout sessions, informal group discussions and introductory tutorials for those interested. The conference aims to achieve the following goals: