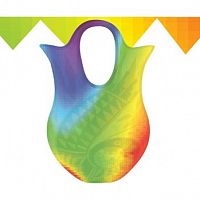 The International Symposium on Multi-particle Dynamics (ISMD) has a long and proud tradition that dates all the way back to 1970 when it was first hosted in Paris (France). Since then, this very successful series of ISMD conferences has oscillated between Europe, America and Asia. Recent symposiums were held in Singapore (2018) Tlaxcala (Mexico, 2017), Jeju Island (South Korea, 2016), Wildbad Kreuth (Germany 2015) and Bologna (Italy, 2014).

The objective of ISMD is to provide a conducive environment for presentation of the latest high energy experimental data and theoretical results. It aims to facilitate stimulating discussions amongst the particle physics experimentalists, phenomenologists and theorists on high energy, heavy ions and astro-particle physics; with a common interest in scatterings that involve a large number of particles in the final state. ISMD consists of only plenary talks that spread over five days.