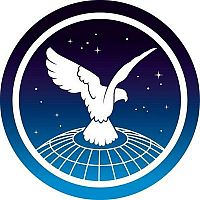 Please note: the date of this event has been changed from Tuesday 3 December to Tuesday 10 December.

Sir Richard Branson registered the Virgin Galactic company name in 1999. After searching for a suitable partner, Virgin teamed with Scaled Composites to develop the technologies prototyped in that company’s SpaceShipOne program into a private commercial spaceline.

Following Scaled Composites’ flight test accident and the findings of the NTSB investigation, Virgin Galactic, together with its sister The Spaceship Company, continued the manufacturing and test program, culminating in the successful demonstration of the first private commercial spaceflight at the end of last year. Earlier this year, the first suborbital spaceflight in which a cabin occupant floated in the cabin in the weightless environment proved the viability of the original concept.

With the recent move to its commercial operations spaceport in New Mexico, and the imminent conclusion of operational testing there, Virgin Galactic is set to fulfill the original dreams of its founder and those of its hundreds of signed-up customers.

The lecture will describe some of the many challenges and successes of this ground-breaking programme.

Established to honour the successful and experienced mechanical engineers who completed the first successful controlled powered flight on 17 December 1903, the Wilbur & Orville Wright Lecture is the principal event in the Society’s year, given by distinguished members of the US and UK aerospace communities.

All RAeS Lectures are free to attend - to reserve your place, click on 'book now' below and log in to your profile or create a user account.  Alternatively, send your name and contact details to conference@aerosociety.com.

David learned to fly in 1977 while studying Aeronautical Engineering at the University of Glasgow. After graduating he joined the Royal Air Force and flew the Harrier GR3 in what was then West Germany before, in 1986, being selected as an exchange student with the French Test Pilot School.

In 1988 he was posted to the Fixed Wing Test Squadron at Boscombe Down where, amongst other things, he carried out the first Harrier field site covert night operations, the first single seat low level night attack flights on the Harrier GR7, first ship compatibility trials on the Sea Harrier FA2, and first spinning trials on the Tucano basic trainer. He became Officer Commanding Fast Jet Test Flight in 1992 and in the same year was awarded the Air Force Cross by Her Majesty Queen Elizabeth II for his work there.

In 1993 he took up a position as an instructor at the Empire Test Pilots’ School at Boscombe Down and became Principal Fixed Wing Tutor in 1994. In 1995 he retired from the RAF and joined Virgin Atlantic, becoming a captain on the Boeing 747 and, later, on the Airbus 340.

Having evaluated the SpaceshipOne flight simulator in early 2004, David became involved in the Virgin Galactic project soon after its inception as its test pilot. In 2009 he joined the team full time and became Chief Pilot in 2011. He has over fifty flights in WhiteKnightTwo and five powered flights in SpaceShipTwo, including the most recent spaceflight.

Married with two children, David was also an historic aircraft display pilot in the UK for 22 years. He has over 14,000 hours of flight time on around 150 different types from all eras in aviation, including the world’s oldest original flying aircraft, a 1909 Bleriot.