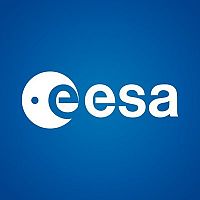 The International School on Space Optics is an event that targets to serve the community of young engineers and scientists who are already active or have the aspiration to work in the field of Spaceborne Optics.

It offers an intensive 5-days immersion program of lectures, design project and visits to space-related facilities. The course can be seen as a “compressed” 1-year class on Space Optics which would have been part of a Master Program in Spaceborne Technologies and Applications. It will allow 360 degrees exposure to all disciplines or optical engineering in space. A Certificate of Attendance will be provided to any participant that has been present consistently throughout the Course.

The first ISSO was organised as a “Winter College on Space Optics” in February 2015 at the UNESCO International Centre for Theoretical Physics – ICTP within the frame of the “2015-International Year of Light”.  Following this event it was decided to establish the ISSO as a systematic biannual event. In 2019 the ISSO was hosted at ENEA in Rome, the Netherlands.

ISSO 2021 will be hosted at the European Space Agency (ESA-ESTEC) in Noordwijk, the Netherlands.