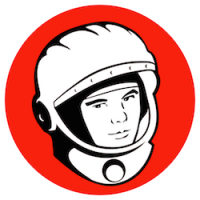 Launching parties around the world every year on or around April 12th, in commemoration of Yuri Gagarin becoming the first human venture into space on April 12, 1961, and the inaugural launch of the first Space Shuttle on April 12, 1981. We use space to bring the world together, to empower the greatest parts of who we are, and give vision to where we are going.

See yurisnight.net for a list of events all around the world!