›Warriors over the Wasatch Air and Space Show 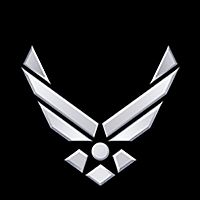 On June 25 & 26, Hill Air Force Base, with the support of the community will host the “2022 Warriors Over The Wasatch Air & Space Show.” The show will feature the U.S. Air Force Thunderbirds Air Demonstration Squadron.

The air show will also consist of more than a dozen worldclass acts, including an F-35A Lightning II demonstration by the 388th Fighter Wing, a jet powered truck, and a pyrotechnics display, just to name a few.

Supplementing the extensive aerial show will be a wide variety of civilian and military static aircraft, including helicopters, fighters, bombers, large cargo transports and refuelers. In addition to the multitude of aircraft on exhibit, the extensive ramp display will include numerous types of military ground transport and fighting vehicles, and dozens of assorted vendors and agents from various institutions, organizations and associations.

There will also be a STEM City featuring an exciting display of hands-on booths and activities to encourage students and educate parents on opportunities in the areas of science, technology, engineering and math.

The Air and Space Show will host more than 500,000 visitors over the two-day event, while generating upwards of $50M of economic stimulus for the local and surrounding communities.