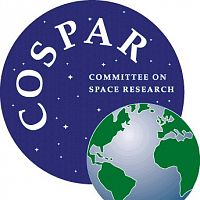 WELCOME TO THE FIFTH COSPAR SYMPOSIUM

COSPAR recently initiated a new series of scientific meetings, the Symposia, aimed at promoting space research at a regional level and to be organized in countries with medium or small-size space infrastructures. The first four Symposia were held in Bangkok, Thailand in November 2013, Foz do Iguaçu, Brazil in November 2015, Jeju Island, South Korea in September 2017, and Herzliya, Israel in November 2019.

The Fifth COSPAR Symposium will be held in Singapore, in April 2023, and will address the broad topic of “Space Science with Small Satellites”. It will feature plenary lectures as well as parallel sessions and poster sessions. The venue of the event will be the Nanyang Technological University, ranked consistently among the top universities in Asia and the world, is located north of downtown Singapore. Singapore is a thriving cosmopolitan city located in the heart of Southeast Asia, making it easily accessible not only from Europe and America but especially so from Asia and Australia. Throughout the years, Singapore has earned a reputation as one of the world’s best destinations for business events.

The fifth edition of the symposium will cover the rapid advances made in the last decade in small, micro, and nano-satellites for space science. The symposium in addition will cover the emerging space debris issue in Low-Earth Orbit. Another focus area will be capacity building using small satellite technologies and the perspective of emerging space nations such as Singapore.