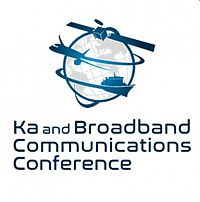 The conference, originally dedicated to the diffusion of information on all aspects of satellite communications at 20-30 GHz, was conceived in 1993, and held for the first time in 1995 in Rome, the Conference was created to publicize the achievements of the Italsat and ACTS satellites in opening the Ka frequency band for use in satellite communications.

The 26th Ka and Broadband Communications Conference and the 38th International Communications Satellite Systems Conference (ICSSC), the two most influential technical conferences on satellite systems, will be jointly held in Arlington, Virginia, USA, from September 27 through September 30, 2021.

The first day, September 27, will be devoted exclusively to the ICSSC Colloquium.

The technical sessions and panels of both conferences will continue to address themes and topics looking at a broad spectrum of space communications, navigation, and Earth observation topics.

The technical sessions and Plenary Panels will continue to address themes and topics looking at a broad spectrum of space communications, navigation, and Earth observation topics.

The Conference was instrumental in publicizing the success of both satellites in demonstrating the usefulness of Ka-band through novel system approaches including digital communications, on demand rain compensation, hopping spot beams, on board switching, integrated services, demand-assigned channels, development of flight and ground components, and accurate propagation characteristics adopted throughout the world.

The Conference continues to serve as a forum for Ka band and now, that it is firmly established and has enabled the deployment of very successful satellites with greater than 100 gigabyte capacity, it is time for exploring higher frequencies to permit larger capacity satellites to serve more customers.

Many areas of the world are still without affordable communications and more spectrum is needed to serve them. This spectrum expansion will be accomplished by characterizing the Q and V bands which will enable the commercial communications satellite industry to move forward.

In the recent years the conference has widened its scope to reflect applications that provide other services that benefit mankind and that are unique to satellites, such as mobile broadband communications, satellite-aided navigation, and earth observation. These applications have proven their value in improving our everyday life, and hold the promise for many more enhancements to the existing systems on which we rely daily.

The conference is held annually under the auspices and with the support of several Space Agencies, Satellite Operators, Satellite Manufacturers and Service Providers from around the world.