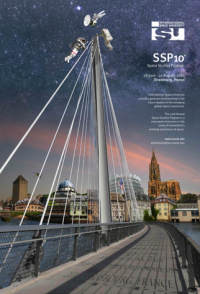 At the heart of the European continent, Strasbourg maintains an international university tradition. Strasbourg is home to the France’s largest single university, and with about 48,000 students, Strasbourg has the third largest student population in the country. The Strasbourg urban community is also the site of ISU’s central campus, and in keeping with the tradition of regularly returning to this home site, the 2010 SSP will take place in the same facility that houses the University’s MSc programs, many professional development programs, and two modules of its Executive MBA. This modern building, sited in the Innovation Park of Illkirch-Graffenstaden is just 20 minutes by ultramodern tramway from Strasbourg’s historic city center. Strasbourg shares with Geneva and New York the distinction of being host to major international organizations without being a national capital.