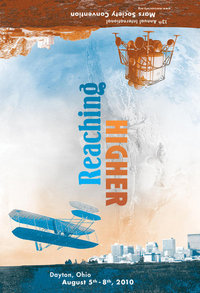 Highlights of the convention will include the latest results from the Spirit, Opportunity, Mars Express, and Mars Reconnaissance Orbiter, and Phoenix missions exploring the Red planet, as well as reports on the latest mission simulation at the Flashline Mars Arctic Research Station on Devon Island, 900 miles from the North Pole, and the ninth season of the Mars Desert Research Station. There will also be extensive political discussions and planning meetings on how we can make use of the current fluid political situation to turn NASA’s new space policy into a real exploration initiative that can get humans to Mars in our time. The agenda will also include a wide assortment of panels and debates concerning key issues bearing on Mars exploration and settlement, a banquet with lots of fun entertainment, and plenary addresses from many prominent leaders of the effort to get humans to Mars. Prior conventions have drawn thousands of participants from all over the world and received extensive press coverage in many leading international media. This year’s conference should be the most exciting event to date.