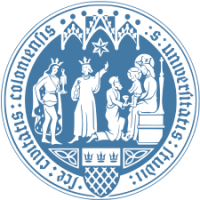 November certainly closes the 2013 observing session during which the compact dusty S-cluster object (DSO - often also called gas cloud G2) will probably have passed massive Black Hole associated with Sagittarius A* (SgrA*) at the center of the Milky Way.

This event has spawned great activities in observing the Galactic Center covering the entire electromagnetic spectrum from radio, via infrared to X-ray wavelengths using telescopes across the world. Hence, in Granada we look forward to conclude the presumably fruitful research session on SgrA*.

While the conference mainly aims at a first attempt to summarize this year's observational results, matters need to be put into perspective. The nucleus of our Galaxy has an extremely low luminosity.  Although it also demonstrates that violent activities may take place at times. Hence, a comparison between the center of the Milky Way and the nuclei of galaxies hosting Low Luminosity Active Galactic Nuclei appears to be imperative.

In addition, it is time to review the current state of theoretical efforts. Emphasis will be given to the implications for our understanding of the feeding mechanism of Black Holes, the accretion phenomenon and the physical nature of the event horizon. The activity and properties of massive black holes are also intimately related to their surroundings. The conference will therefore also be dedicated to reviewing the most recent findings on star formation, properties of the ISM, magnetic fields, and stellar structure, kinematics, and dynamics near massive black holes. Simulations and theoretical predictions need to be compared to each other and source models for the Galactic Center and the interaction with its immediate environment need to be updated.