›The Impact of Galactic Structure on Star Formation 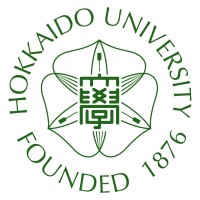 Star formation occurs buried within the sub-parsec sized cores of the cold interstellar gas. Yet, there is tantalising evidence that it is far from immune to its global environment. Starting with the Kennicutt-Schmidt relation linking large-scale gas density to the surface star formation rate and progressing through to the latest high resolution observations of gas in spirals and bars, we know the lifecycle of the local stellar cores are intricately tied to their galaxy's evolution.

Cloud-cloud collisions, the rolling shock from Grand Design spiral and bar features, galactic interactions and each galaxy's morphological evolution from high redshift play a role in shaping its star formation.

With the latest flush of observational data able to see gas and young stars in galaxies outside our own Milky Way, and numerical simulations now probing down to parsec scales in galactic-sized models, we are now able to ask the question "does star formation care about its galactic environment?"

This meeting will bring together observers and theorists to explore the different global-scale effects on the star formation in galaxies.

Effect of the galactic structure on the star formation, including the impact of grand design spirals and bars to the different morphologies displayed by dwarf and irregular galaxies.

Star formation during galactic collisions and events from outside the galaxy.

Morphological and gas composition changes over time, from high redshift to the present day.