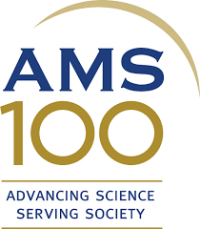 Shaping the Future Together – Providing Observations for the Coupled Earth System. #2019jointsatelliteconf

The event is co-organized by the AMS Committee on Satellite Meteorology, Oceanography, and Climatology, EUMETSAT, and NOAA and hosted by the American Meteorological Society.

We are witnessing the beginning of a technology-enabled evolution from a polar and geosynchronous large-platform legacy into a highly heterogeneous international constellation. NOAA’s Satellite Observing System Architecture (NSOSA) study, the 2017-2027 Decadal Survey for Earth Science and Applications from Space, and the FY17-21 NESDIS Strategic Plan, collectively set a vision that will shape the system architecture and guide U.S. Agency investments in technology and systems for decades to come.

At the same time, EUMETSAT is implementing nine strategic objectives that maximize the benefits to users in Member States, including planning, developing, and implementing the next generation of polar and geosynchronous EUMETSAT satellite systems by early 2020.

These fall within the backdrop of the vision for WMO’s Integrated Global Observing Systems (WIGOS) 2040, designed to stimulate the development of a long-term vision for space-based observing capabilities, in response to the future needs of current and emerging applications. Their diverse and far-reaching requirements will drive priorities for new flight missions; observing, ground, and decision support systems; and their scientific and technological enablers.